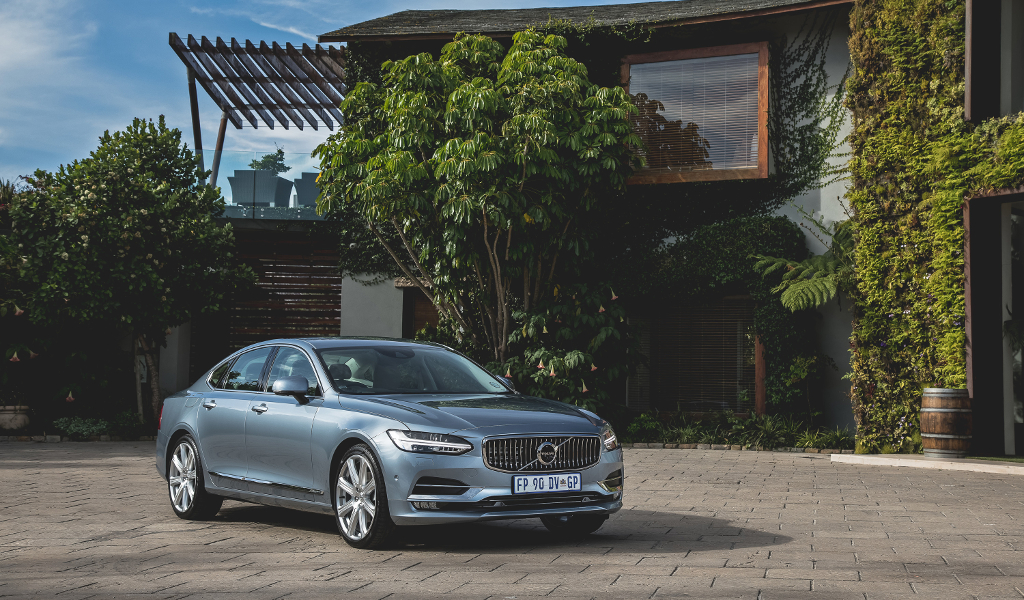 The executive sedan is a tricky thing for manufacturers to do.  See, anyone can build a compact executive sedan – a 3 Series rival whose size and price is fairly approachable for the layman.  Executive sedans, not so much; they’re large, packed with tech, and usually have price tags beyond the means of the average person.  They also tend to focus largely on luxury; something many manufacturers struggle with.  The Volvo S90 is an interesting attempt then from Volvo, targeting arguably one of the hardest segments to crack.

Svelte styling, typically Scandinavian in influence, and safety second to none – about as typically Volvo as it gets, then.  But there’s more to it than that.  There’s unique engineering to solve a common problem, space and comfort in abundance, and a human feel to the interior that gives the impression the engineers who developed the Volvo S90 are real people rather than Teutonic engineering maestros who frown upon anything that isn’t millimetrically precise.

The latest model to be built upon Volvo’s Scalable Platform Architecture (SPA) modular chassis technology, the Volvo S90 adopts much of its technology and design from the larger XC90 sibling.  But, the S90 is more than just a sedan version of the successful SUV.  It features advancements in design and technology, including the concave grille, and blade-like interior air vents.

However, much like the XC90, the Volvo S90 relies on a range of Drive-E engines for propulsion.  The particular drivetrain in this D5 AWD derivative, a 2.0-litre twin-turbo 4-cylinder diesel mill, relies on its 173kW and 480Nm worth of shunt to get it going, whilst a Haldex-based all-wheel drive system keeps things stuck to the tarmac.  Crucially though, this D5 powertrain employs Volvo’s PowerPulse to reduce lag and improve engine response when it matters most – the moment you need it, not 3 seconds later.

We recently covered Volvo’s PowerPulse in detail in our Tech Talk segment HERE; but in the real world, rather than the internet, it actually works.  For a small displacement (relatively) turbo-diesel motor, lag is truly minimal.  The slow combustion can’t be fully overcome, and the Volvo S90 D5 can’t quite match a petrol variant for throttle response.  But, as far as diesels go, this 4-banger feels every bit as responsive as larger displacement 6-pot units from rival German brands.

Where it falls behind its German counterparts, though, is the gearbox.  The 8-speed Geartronic gearbox matches the famed ZF ‘box for the number of ratios, but can’t quite match it functionally.  Shifts are timeous, but they just slightly slur into one another without the precision of the ZF – indicative of the Volvo S90’s comfort-bias.  It’s perfect for relaxed driving, but when a little hustle is needed, the transmission can’t quite match the engine for responsiveness.

Interestingly, mid-way through a 400km trip in the S90, a transmission warning appeared suggesting reduced acceleration.  There was no noticeable difference in performance or smoothness, perhaps alluding to a potential hiccup with the Haldex control unit more so than the gearbox.  A rest stop with the Volvo S90 turned off for 10 minutes seemed to reset the situation, with no further recurrences of the dreaded transmission fault.

Much as the slurring shifts of the gearbox suggest, the Volvo S90 is aimed at luxury and comfort above all else.  The 21-inch 10-spoke alloy wheels equipped to my D5 AWD Inscription test unit (R12 750) threatened to undermine this notion, but to my surprise and delight the ride was faultless even on the most rutted of surfaces!

I have no doubt the optional air suspension and active chassis – a worthwhile R17 500 investment – assisted the matter, but the resounding comfort on such large wheels can only be attributed to a thoroughly and meticulously engineered suspension setup with a dedicated focus on comfort and composure.

The composure is there whether meandering through town or blasting through a mountain pass with some vigour; the latter being more rewarding than one might imagine.  Though the electronic steering is relatively muted in its feedback, there’s an underlying confidence to the Volvo S90’s chassis that allows vast, winding distances to be gobbled up with great fervour.  The all-wheel drive assuredness backs you up on less than perfect surfaces, and the levels of grip remain high, before tapering off into gentle understeer beyond the limit.

Though capable in doing so, driving the Volvo S90 that zealously is really outside of its comfort zone.  Leave it in comfort mode and treat it as a luxury GT, and that’s when it truly shines – the vast array of technological wizardry and interior conveniences adding further credence to its executive sedan résumé.

Pilot Assist II, for example, the semi-autonomous functionality found standard on the Volvo S90, makes both traffic and long distance journeys relaxing rather than intensive and stressful.  The adaptive cruise functionality works from standstill, whilst the lane keeping aids follow gentle curves at speeds up to 130km/h without a lead car, provided lane markings are clear.

Though the system works brilliantly, it did have a propensity for hugging dashed road lines – tending to waver nearer oncoming traffic than the road shoulder.  It’s not a deal-breaker, but perhaps a programming tweak might make it a little more balanced in its lane positioning.

Safety tech is as Volvo as it gets, with an array of pedestrian, cyclist, and large animal detection systems constantly at work.  At night, driving on a rural road in Limpopo, the Volvo S90 jammed on the brakes before I could even see a warthog about to jump out of the bushes into my path, whilst the Active High Beam LED headlamps illuminated anything and everything in visible range.

But the interior – this is the Volvo S90’s pièce de résistance.  The veneer of luxury is more than a match for the German rivals, far outshining the British contingent in the segment.  But there’s warmth to the design; softness at odds with the black Nappa leather and metal mesh inlays.  It’s a cool winter’s day – crisp and clean – but with the warmth of an open hearth, a pot of fresh brewed coffee, and a good book in hand.  You feel it more than see it – the wholesome comfort and relaxation ebbing through you when behind the wheel.

Other options worth selecting include the R14 500 head-up display and R7 775 4-zone climate control with CleanZone air quality system – though the standard dual-zone system works fantastically.

Spec a rival to anywhere near this level of luxury and the 7-figure line is easily crossed.  But even then, they’ll likely fail to match the Volvo S90 for overall opulence.  This is about as Swedish as it gets; as much as ABBA and Ikea, and with all the confidence of Zlatan Ibrahimovic – a bold statement of both design and technical ingenuity with the goods to back it up.