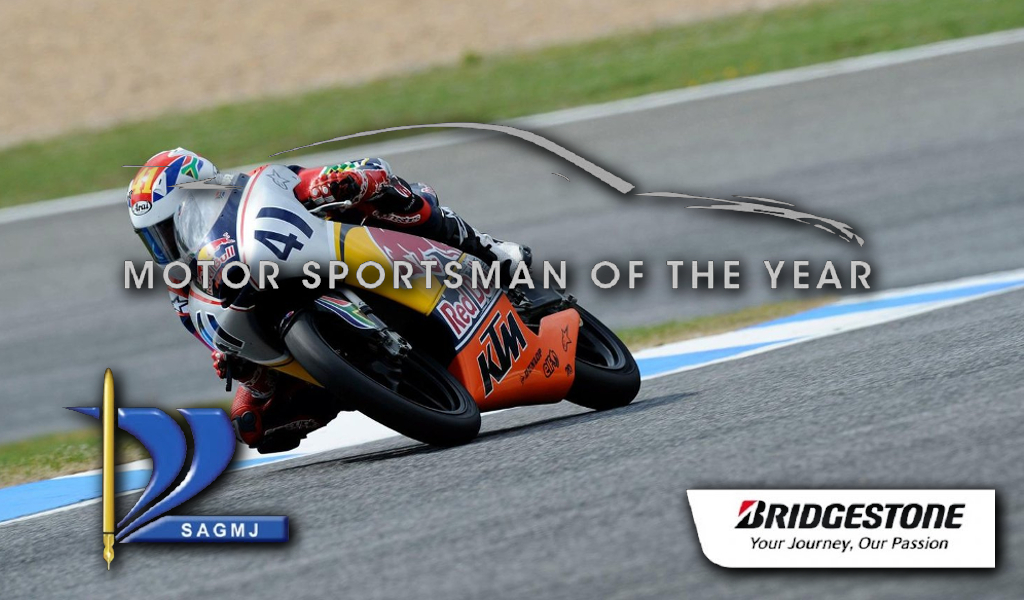 At a ceremony held at the Kyalami Country Club last night, the top South African motor sportsmen from 2016 were honoured for their achievements at the annual Motor Sportman of the Year awards.

A total of 8 awards were given for various categories, but the top honour of South Africa’s Motor Sportsman of the Year for 2016 was given to none other than Brad Binder after his dominant 2016 FIM Moto 3 World Championship.

Named in honour of motorsport photographer Colin Watling, the Colin Watling award for extraordinary contributions to motorsports in SA was awarded to the owner of Zwartkops Raceway, Peter du Toit, for his dedication to the sport in all its varying forms.

Joey Evans picked up the Off Track Rider of the Year award after completing the Dakar Rally last year.  What makes his feat so incredible is that Joey was paralysed in a race crash 10 years ago.  Not only did he learn to walk again, but he overcame his KTM being run over during the Dakar, fixing it on the side of the ‘road’, to complete the race.

Multiple discipline racer, Leeroy Poulter, took the title of Off Track Driver of the Year for his titles as SA Rally and Cross Country Champion.

Other nominees that were recognized for their efforts were:

The Colin Watling Award nominees to miss out were: