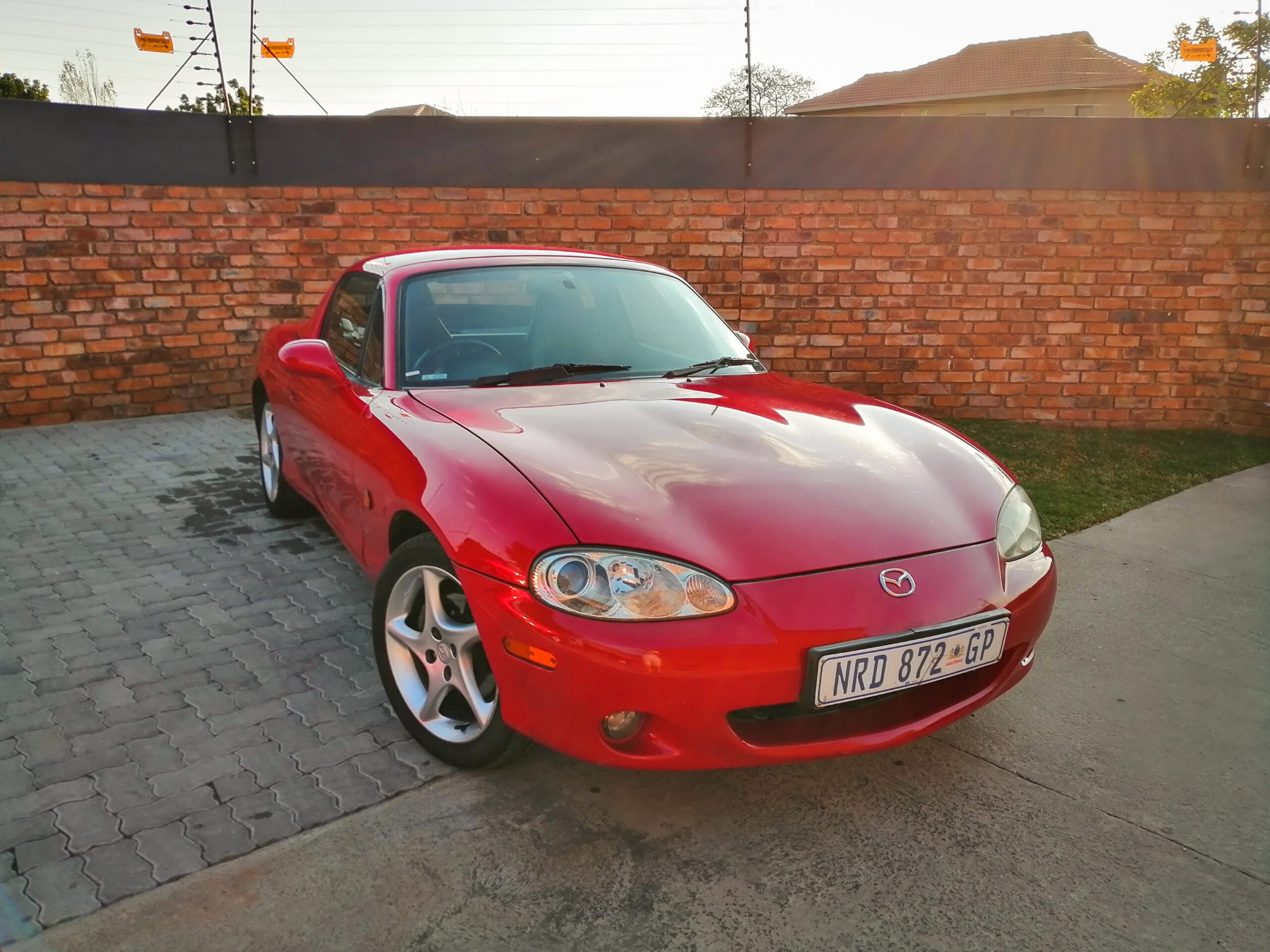 I started writing this post back at the beginning of 2019, a few short weeks after I bought an MX-5, and when the idea of turning Torquing Cars into a more personal publication was still in its infancy. It’s been on ice since then, but with the official refocusing of Torquing Cars, and in light of the fact that a lot has happened between my MX-5 and me over the last few months, I figured an introduction to my car was long overdue before I could explain further happenings. So, here goes, better late than never…

Some accident, huh? There I was, walking down the street, when I tripped, slipped, and accidentally found myself buying a second-generation MX-5. Sometimes these things just happen. The truth is that this had been brewing a while. In fact, I can pinpoint it to an exact week in the middle of 2016 when I had a pale blue fourth generation (ND) MX-5 on test, where I made a motor journo’s worst possible statement, “I could live with one of these.”

Those are famous last words, and it’s the usual BS spewed by a journalist trying to give his/her evaluation of a less-popular or troubled brand’s vehicle some form of credibility. We’re quick to say it’s a wonderful car, and when someone asks if we’d buy one, “oh yes,” we proclaim, “most definitely.” But when it comes time to back up the talk with an actual down payment, those words are soon forgotten. So when I muttered those words to myself in 2016 I kept them to myself, but they always lingered.

I genuinely could see myself buying an MX-5 – I adored my seven days with that ND MX-5 Roadster. I’d never been a fan of the MX-5 before that, and I didn’t buy into all that ‘Jinba Ittai’ nonsense either. ‘Horse and rider as one,’ that means, and it’s the philosophy imbued into the development of every one of the four generations of Mazda MX-5, apparently. But before 2016 I’d only driven a third-generation (NC) model, and I’d come away disappointed. It felt soft, bloated, disconnected from me as a driver, whereas the RX-8 I’d sampled at the same time had seemed intuitive, alive, fusing with me as a driver into one single-minded man/machine hybrid. I love the RX-8 as a result, but I’d never bought into the MX-5 fanaticism until 2016.

But one obstruction lay in my path to MX-5 ownership, I was short a good 105% of the money I needed to buy that fancy new one – the lightest since the original in 1989, but with nearly double the power on tap. So I shoved the desire to the furthest dark recess of my mind and forgot about it.

But the thing about crazy notions is that they fester, they grow, they root themselves deep, and when a new business opportunity came along towards the end of 2018 and I needed a new personal car, the idea I thought I’d relegated once again came to the fore, this time the desire was stronger than ever.

I still couldn’t afford a new one, and I didn’t want an NC, but there were a whole two generations of MX-5 I hadn’t yet explored, all supposedly purer than the NC and all a lot cheaper than the ND. So I set to it, keeping an eye open for a first-gen (NA) MX-5. That was, after all, the original; the NA was the great British roadster revival, but it came from Japan and was lauded by any and all who drove it for its back-to-basics driving approach and puristic design. Front-engined, rear-wheel drive, and a manual gearbox in the middle – the way the good Lord intended driving fun to be built.

I happened upon a few examples, but all needed work and none were worth the initial outlay. Yet every time I walked away from them I couldn’t help but look back with a longing in my heart. My first few encounters with the NA generation had just endeared me to the moniker even more. It was a raw experience – not a rapid one, but an involving one that allowed me to explore the limits of my own ability rather than trading on the mechanical brilliance of the car which is, for the record, quite exceptional.

The bug had bitten hard, and of the three generations of MX-5 I’d now driven I’d fallen in love with two of them. The fantasy of owning an NA MX-5 was strong – I knew just how I’d like to mod it and just what I wanted it to look like – but when I encountered the NB, or second-generation, MX-5, I began doubting my desire for the original.

The original was fun, no doubt, and raw, and pure, and it reminded me in so many ways of the old British sportsters it was to emulate – the Lotus Elan, and such. But driving the NB was something else that made me fall in love all over again. Many have said the ND is the reincarnation of the NA, but it’s far more like the NB, and the moment I was behind the wheel of the NB I felt the same as I had in 2016 in that pale blue fourth-generation model.

I was sold, and after doing my homework and chatting to a few MX-5 owners I trust, I went ahead with my purchase. That notion in 2016, that “I could own one of these” moment, had stuck. It had planted a seed, and that seed had just come to fruition.

So, world, meet Sakura, my 2002 NB Mazda MX-5. For now, she’ll stay stock, but she’ll be my palate cleanser between every test car I drive, and with any luck, she’ll be the sports car that takes me to work and track days alike. She isn’t fast, and she isn’t in showroom condition, but like all good driver’s cars, she’s been enjoyed, she’s been driven, and I’ll continue to treat her as such. After all, great drivers cars aren’t meant to be locked away as garage queens, they’re meant to be driven. As often as possible. And that’s exactly what I plan on doing.