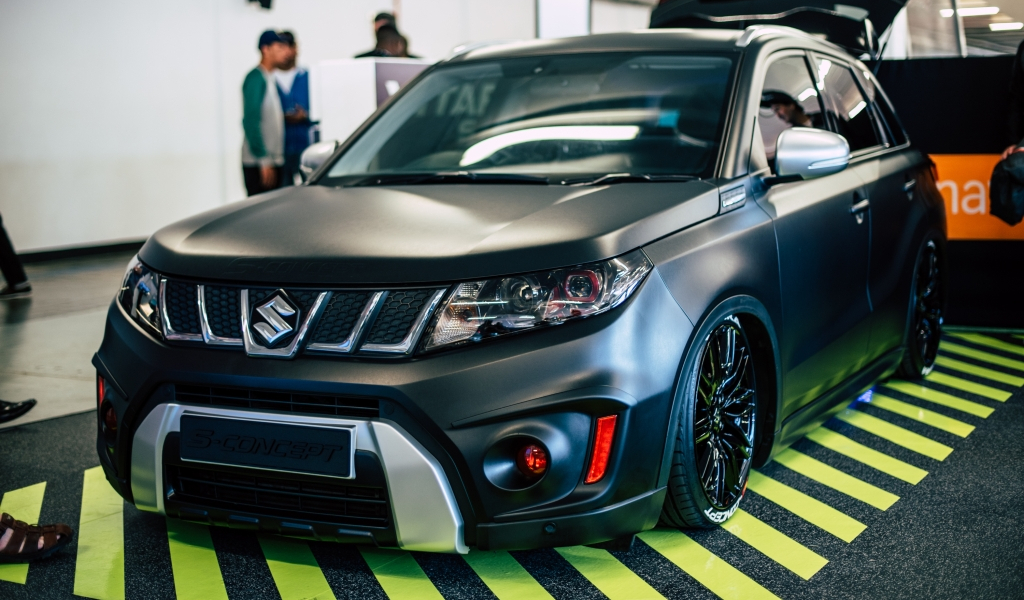 It’s always an interesting thing, chatting to PR folk at the start of the year, gauging expectations against results from the year gone by, and seeing what product plans are for the coming year.  Having done so at the start of 2018, and having looked at the figures from 2017, Suzuki South Africa is the brand we’ve pegged for success in 2018, and the brand you’ll likely want to keep an eye on for some interesting product launches.

Since re-launch to the South African market in 2008, Suzuki Auto SA has been steadily growing the brand on the back of a few key foundations – quality product, affordable prices, reliability, and great dealer service.  The Swift has been the standout performer from Day 1, though two generations of SX4 have supplemented the growth substantially.  However, in recent years the brand has launched a flurry of new products to the South African market, including the city-slicking Vitara, budget-hero Celerio, family-sized Baleno, and last year, the new Ignis compact crossover.

The Ignis has enjoyed extreme success since launch, with order books stacking up quicker than Suzuki could bring the car in.  It was nominated as a 2018 South African Car of the Year finalist, and has drawn praise from across the country.

The Ignis, along with the rest of the solid product line-up from Suzuki, drove 2017 sales to an all-time high.  Not only did Suzuki Auto SA crack the thousand mark for units sold in a month when they racked up 1004 units in August, but they continually surpassed the mark, selling 1045 units in November.  In 2017, Suzuki also sold its 50 000th unit on local soil.

Helping the cause was Suzuki’s faith in their own product, exemplified when they introduced a 5-year/200 000km extended warranty on all passenger vehicles sold before the end of 2017.

2018 has started with the commitment to extending the mechanical warranty bonus for the first quarter of the year.

But Suzuki’s faith in their own brand has been backed by the buyers too.  At the 3rd annual Cars.co.za Consumer Awards, Suzuki took the title of Brand of the Year for the second year running – a title voted for by the buying public and one indicative of how owners of Suzukis feel about the rand and its commitment to quality service.  Suzuki also walked away with top honours in two of the categories, with the Vitara crowned as the Compact Family Car king for the second year running, whilst the Ignis took the title in the Budget Car category. Though times are tough, Suzuki remains committed to providing affordable, quality vehicles.  Though the brand held off on price increases for most of 2017, 2018 will see increases of only 1.5% across all models, with the exception of the Ignis.  The move comes as a commitment to buyers who had their names on the Ignis waiting list.

Mid-way through 2017, Suzuki quietly removed the SX4 from its product line-up.  In another sneaky move, January 2018 saw the Swift 1.4 and current Swift Sport pulled from the range too.  With an updated SX4 already launched overseas, it seems the updated model may arrive in South Africa during the course of the year.

When pressed for comment regarding the Swift 1.4 and Swift Sport’s retraction from the market, Suzuki Auto SA stated that the demand for the Swift 1.2 far outstripped that of the 1.4, which drove the decision.  The Swift Sport has sold out completely, with only a few units remaining unspoken for in the country – and as the world gears up for the first ever turbocharged Swift Sport, there won’t be any more of the current ZC32S model brought in.

However, Suzuki SA has confirmed that the new Suzuki Swift will be launching around June or July of this year – which likely also has some role to play in the 1.4’s quiet exit.  No comment was given regarding the Swift Sport, as with no alternative to a turbocharged engine, it’s unsure whether or not it will even be introduced locally. While the world has turned to turbocharging, Suzuki has somewhat lagged behind.  In recent years, Europe and other markets have seen the release of 1.0-litre and 1.4-litre turbocharged engines under the Boosterjet moniker.  South Africa hasn’t yet had a taste.

When pressed for comment, the response we got was, “I can tell you nothing about the Boosterjet engines; not for Swift, not for Baleno and not for Vitara.  Wait and see.”  It’s all very coy, and the hint suggests Suzuki’s Boosterjet technology will make its way to local shores soon.

It’s been a long time coming though.  While many who attended last year’s SA Motoring Experience at Kyalami may have enjoyed hot laps in a Swift Sport, the modified ‘Vitara S Concept’ was perhaps the vehicle that should’ve got more attention.  Beneath the blacked out exterior and red lighting, and housed away from the air suspension, the Vitara on display housed the first Boosterjet engine in the country.

A source within Suzuki says the Vitara S was brought in early in 2017 to evaluate how the Boosterjet technology would cope with South African fuel.  They suggested that it faired favourably and had posed no troubles in the nearly a year that it’s been on local shores.

While Suzuki’s naturally aspirated engines have proven to be reliable, economical, and fun to drive, the introduction of turbocharging to the mix will finally bring them into the modern era of motoring.

Suzuki’s testing of Boosterjet engines in SA not only points to their introduction on the models mentioned above, but it also paves the way for the Suzuki Swift Sport’s introduction.  The new Swift Sport boasts the same 1.4-litre turbo Boosterjet motor as the Vitara S, albeit with slightly more torque.  So whilst the current Swift Sport might no longer be on the floor at dealerships, the new turbocharged one is very likely to be making an appearance in next to no time.

With Suzuki’s success over the past year, and the already impressive start to 2018, it’s not hard to see why they’re predicting even greater sales volumes over the next 12 months.

But the additional product and introduction of Boosterjet technology will likely be a big catalyst for the Japanese manufacturer.  2018 might be the Chinese year of the dog, but in South Africa, our prediction is that 2018 will be the year of Suzuki Auto…