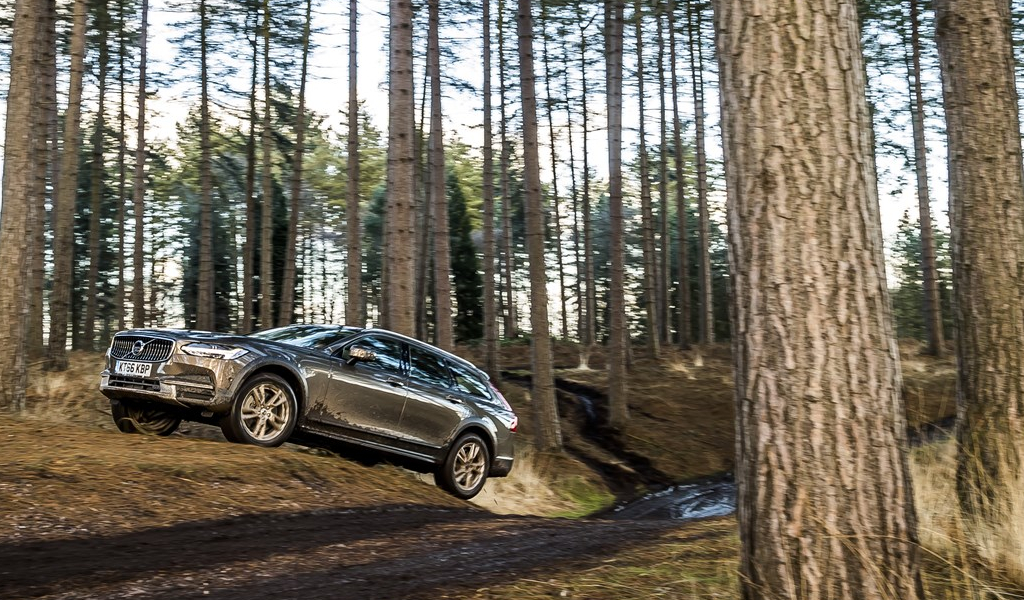 South Africa has a dismal record when it comes to station wagons.  In stark contrast to Europe where wagons reign, our buying public would rather opt for a high riding SUV.  Volvo have long been known for their iconic station wagons, and they may have the answer to saving the wagon in South Africa.  This is the Volvo V90 Cross Country – the wagon that isn’t one!

The Volvo V90 Cross Country completes the 90 cluster for the South African market, following the hugely successful XC90 SUV and the recently launched S90 sedan.  It’s based on the same Scalable Platform Architecture (SPA) as the rest of the range, and makes up for the standard V90 we don’t get locally.

So what is it?  Well it’s much the same as Audi’s Allroad derivatives in the sense that the Volvo V90 Cross Country takes the standard V90 and adds to it a little bit of extra ride height (60mm), some offroad body cladding to house bigger tyres, and some protective plating underneath.  AWD is also standard fix.  In doing so, the V90 Cross Country bridges the divide between sexy wagons and full on SUVs – style, practicality, and capability wrapped up in one uncompromised package.

The key figures you need to know about the V90 Cross Country are that the ride height is 210mm, and that all 4 wheels (18-inch on Momentum and 19-inch on Inscription models) are driven through an 8-speed automatic gearbox.  Power comes from a range of 4 Drive-E engines – 2 petrol and 2 diesel variants – all 4 cylinder units with either turbocharging, or twincharging.

In the way of practicality, the V90 Cross Country is a full 5 seater wagon, with massive amounts of space for all passengers, and even more stowage space in the rear.  913-litres of space is available with all 5 seats in place, but with the rears folded, a total of 1526-litres is possible

In addition, the Volvo V90 Cross Country boasts a host of technology that has become a staple across the 90 range of vehicles.  The latest Sensus Connect touch screen infotainment suite is standard, and encompasses standard built-in navigation with free map upgrades for life, Apple CarPlay and Android Auto for full Smartphone integration, voice control, and controls for the standard dual-zone climate control (4-zone is optional).

In addition to the 4 engine derivatives, models can be had in 2 specification levels, with 13 exterior colour schemes and 12 interior schemes available.

All models come standard with the waterproof key tag, which can be used in place of the original key and which can be strapped to a wrist or ankle, which will likely be of use if buyers seek to exploit the V90 Cross Country’s full capabilities.

The Volvo V90 Cross Country is really without a direct competitor on the local scene, as Audi don’t sell the A6 Allroad locally, and neither do Mercedes-Benz with their E-Class All-Terrain.  That leaves the V90 Cross Country in a unique, and fantastic market space – being smaller than the cumbersome XC90, but with space for 5 and a lot of luggage, and still the capabilities of a semi off-roader.  It’s the perfect crossover, a station wagon for those who like SUVs – and it might just be the model that can help save the wagon in South Africa.

It comes at a price though, albeit not exactly an exorbitant one for the segment and the product on offer.  Pricing for the Volvo V90 Cross Country is as follows: