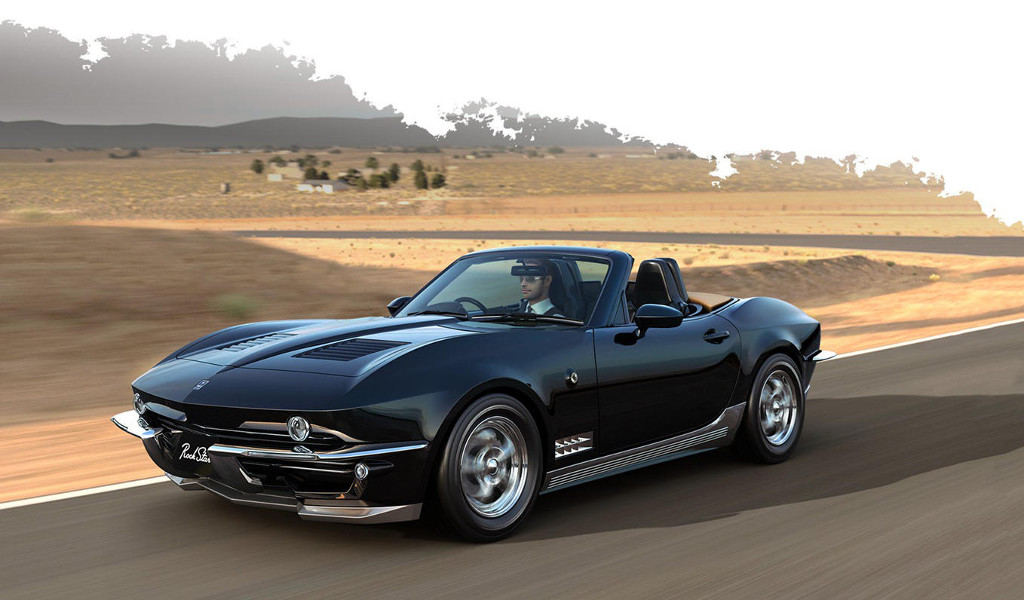 We’ll forgive you if you’ve never heard of Mitsuoka Motors – they are after all a rather small automotive producer from Japan focusing on a rather niche market.  They’re notorious for using other vehicles as a basis and turning them, for the most part, into retro British styled vehicles, reminiscent of Morgans and other odd classics.  Unhappy with the current ND generation Mazda MX-5, Mitsuoka have repurposed the roadster version of the world’s best-selling sports car and turned it into a modern reimagining of the C2 Corvette Stingray, dubbed the Mitsuoka Rock Star.

It’s not the first time Mitsuoka have turned their attention to the MX-5, having built several vehicles upon previous MX-5 chassis.  This is, however, arguably the most stylish MX-5 based sports car around.  The Rock Star celebrates 50 years of Mitsuoka Motors, and is only fitting as the C2 Corvette Stingray went out of production around 51 years ago.

Though based on the MX-5, the exterior of the car is completely unrecognizable as the little Mazda.  The body has been completely reshelled, with the new front fascia featuring chrome bumpers and circular headlights – inset projectors rather than pop-up units.  There’s a new vented bonnet and fenders too, with only the windscreen, A-pillars, and doors carried over directly from the donor MX-5.  The rear is generously decked out in chrome with the C2 Corvette’s dual circular rear taillights to complete the look, but the true finishing touch is an optional set of vintage-styled alloy wheels and white-lettered BF Goodrich rubber.

The interior goes without much modification as only the badge on the steering wheel has been swapped out for a Mitsuoka one.  However, options are available for two-tone upholstery, door cards, and dash trim inserts.

The C2 Corvette Stingray was powered, in its smallest iteration, by a 5.4-liter small-block V8 with 190kW.  The Mitsuoka Rock Star doesn’t do with the same heavyweight firepower, instead, making use of the standard Mazda MX-5’s 1.5-litre naturally aspirated inline-4.  It offers up a paltry 97kW and 152Nm – unchanged from the standard MX-5.  The 2.0-litre 4-cylinder found in South African MX-5’s is not an option.  The rest of the drivetrain remains unchanged, so power is directed to the rear wheels via either a 6-speed manual or a 6-speed automatic gearbox.  If you want out opinion, the automatic is a complete waste, so get the manual.

It may not always be the case, but adding a handful of American style to the Mazda MX-5 has worked like a treat this time around.  It’s fair to say we’re fans of the Mitsuoka Rock Star, and at a base price of 4,688,200 Yen, it equates to just R607 273 in South African terms.  Sure, it’s not actually available here, but that can’t stop us from dreaming.