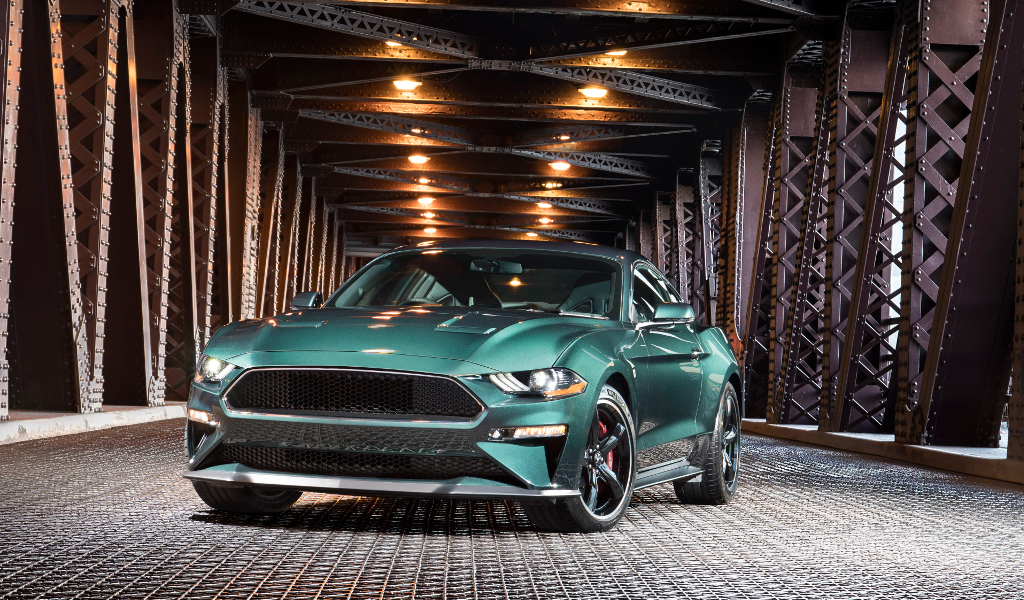 Few cars are as hero-worshipped in pop culture as the Ford Mustang.  It’s the iconic pony car that’s been the face of American muscle for more than half a century both on screen and off, with heroic appearances in too many films to name.  One of the most iconic appearances of the Mustang is one that took place 50 years ago, when Steve McQueen appeared on the silver screen alongside a green Mustang in the film Bullitt.  To honour the 50 year anniversary of the film, Ford has released a special edition Ford Mustang Bullit at the 2018 North American International Auto Show in Detroit.  News now though, is that Ford South Africa plans to introduce the iconic tribute in South Africa in 2019.

The special edition, only for American audiences, is based on the updated latest generation Ford Mustang GT.  To honour the original though, subtle styling cues include paint choices of Shadow Black and the iconic Dark Highland Green.  The Mustang Bullitt is devoid of any striping, spoilers, or badges for the effortlessly cool appeal of the original, subtly highlighted with Torque Thrust design 19-inch alloy wheels housing red-painted Brembo brakes.

The Ford Mustang Bullitt is more than just a visual upgrade though – the 5.0-liter V8 engine has been upgraded with a new exhaust system, OpenAir Induction System, the intake manifold off a Shelby GT350, 87mm throttle bodies, and software upgrades to raise power to 358kW and 570Nm, with the bump in power raising the top speed to 262km/h.

Inside, the Mustang Bullitt receives bespoke touches too.  The Mustang Bullitt can only be had as a V8 with the manual gearbox, and the shifter features the iconic white cue ball shift knob as a nod to the original.  The leather trimmed interior features green accent stitching on the dash, door panels, centre console, and seats.  Optionally available, buyers in the US can opt for Recaro black leather bucket seats, or alternatively power adjustable seats with memory, navigation system, an upgraded sound system, and blind spot monitoring – all part of the Bullitt Electronics Package.  The only other option is MagneRide semi-active magnetorheological dampers.

With a South African introduction hapening in 2019, only a limited number will be brought in – though that liited number is yet to be confirmed.  Pricing will also only be confirmed closer to the launch.

Watch the launch video below as Molly McQueen, granddaughter of Steve McQueen himself, takes hold of the Mustang Bullitt in a parking lot battle against a Dodge Charger: