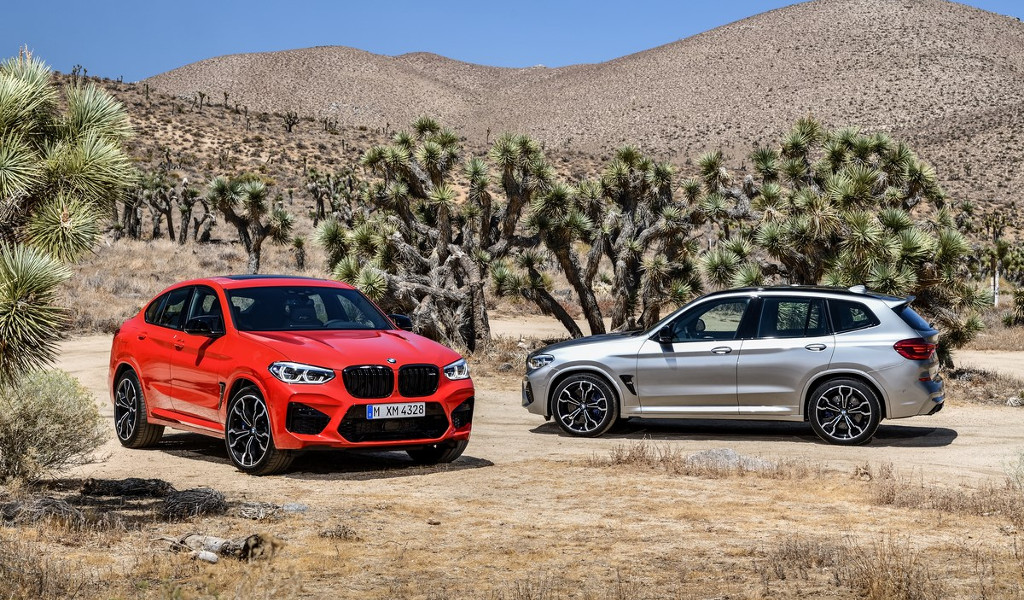 In a world where performance crossover sales are rapidly overtaking those of bona fide sports cars it should come as no surprise that BMW has gone and given the M treatment to the X3 and X4.  But what comes as a surprise is that they’ve debuted the standard X3 M and X4 M alongside the more potent X3 M Competition and X4 M Competition and they’ve given the top pair of performance SUVs the most powerful BMW 6-cylinder ever produced.  Welcome to the BMW S58.

Of course, BMW and the M Division are no strangers to performance SUVs, with the X5 M and X6 M having been around for multiple iterations now in the ever-growing segment.  But this is the first time the X3 and X4 have received the M treatment, with standard X3 M and X4 M models unveiled alongside their Competition-badged brethren with the aim of taking on the Mercedes-AMG GLC63 S and Alfa Romeo Stelvio Quadrifoglio.

BMW’s Most Powerful Inline-6 Ever

The newest M-fettled BMW engine comes in the form of the BMW S58, and is based upon the N58 inline-6 found in all the latest 40i badged BMW offerings.  BMW’s M Division has revamped the N58 and equipped it with a forged crankshaft, a 3D printed head core, and two mono-scroll turbochargers, each supplying a 3 cylinders.  Upgraded compressors have also been used along with a flow-optimised air intake system and a wide-opening wastegate.  Furthermore, high precision injection technology has been developed for the new motor, raising injection pressure from 200 bar to 350 bar, increasing the efficiency of the air-fuel mixture by a process of finer fuel atomisation for a cleaner burn, and in the process, more power.

In all iterations, the twin-turbo inline-6 is mated to an 8-speed M Steptronic automatic transmission that sends power through to all four corners via BMW’s latest M xDrive all-wheel drive system as seen in the potent BMW M5.  The system is a rear-wheel drive biased setup that remains rear-wheel drive until a range of sensors and algorithms detect power is needed at the front axle.  The system is integrated with BMW’s Active M Differential on the rear axle to distribute torque appropriately between the left and right rear wheels.

Of course a BMW M model must be able to drift – their entire marketing spiel is built around that – and M Dynamic mode allows more slip and reduces the intervention of the front axle, which BMW claims allows for “controlled drifts, for example, during track sessions.”

0-100km/h, the measure by which all cars are seemingly deemed worthy, is dispatched in 4.2 seconds for the standard X3 M and X4 M, while the X3 M Competition and X4 M Competition shave 0.1 seconds off that time for a sprint of 4.1 seconds.  All models are limited to a top speed of 250 km/h.

Sound is taken care of by a new dual-branch exhaust system with a bespoke silencer and M-standard quad tailpipes measuring 100mm in diameter each.  Electronically controlled flaps adjust the tone of the exhaust depending on driving mode and throttle application, with a silent mode available at the touch of a button.

Of course, an M-car is more than just an M-fettled engine and gearbox combination, and there’s a certain amount of athleticism expected when that letter is attached to existing model.  The M Division has addressed the chassis of the X3 M and X4 M with strengthened bodies and revised chassis mountings, while all models come with M-specific bracing packages at the front end – to which is the strut brace in the engine bay.  Optionally, an extremely lightweight strut brace will be available, constructed of a carbon plastic (CFRP) to reduce weight and increase rigidity.

BMW M has also revised the suspension setups of the X3 M and X4 M, retuning the double-joint front and five-link rear axle suspension systems for improved levels of grip and road-holding under duress.  BMW claims enhanced handling dynamics at the limits of lateral grip, with “precisely controllable handling throughout the full range of lateral acceleration when cornering at speed.”  Custom-made swivel bearings, torque arms, and wishbones have been fitted to the front axle, and camber has been increased to improve grip while cornering as well.  All models also come with model-specific anti-roll bars with increased rigidity for reduced body roll and improved responses to steering inputs.

There’s electronically controlled dampers too, with the M-specific adaptive suspension allowing the X3 M and X4 M to adjust between comfort and outright sportiness at the touch of a button.

Stopping power is handled by M compound brakes fitted as standard, featuring four-piston callipers with 395mm diameter ventilated brake discs at the front and single-piston callipers with 370mm diameter discs at the rear.  The brakes are housed within M-specific alloy wheels, 20-inch on the X3 M and X4 M and 21-inch on the Competition models, with staggered 255/45 rubber up front and 265/45 rubber at the rear, with reduced 40-ratio rubber on the larger Competition wheels.

Of course, to receive the M treatment a car has to look the part, and BMW’s M division have touched their designers’ pens to the exterior of the X3 M and X4 M.  Visual modifications, however, are said to be geared squarely to the functional requirements of both models as high-performance cars.  Large air intakes up front are part of new cooling systems for the engine, transmission, and brakes, while signature M body adjustments allow for a broad track width and increased aerodynamic efficiency.  To the layman, that all means there are big air intakes, flared arches, and fins and wings.

The cockpit doesn’t escape unfettled, with standard upgrades including sports seats upholstered in Vernasca leather in a choice of Black or Oyster with embossed M logos.  The Competition variants get M Sport seats with Merino leather in either black or bi-coloured, with options of Sakhir Orange/Black or Adelaide Grey/Sakhir Orange.  These seats are optionally available on the base X3 M and X4 M as well.

The X3 M and X4 M get an M-specific instrument cluster, an M leather steering wheel, and an M-specific gear shift level.  The steering wheel also incorporates large paddle shifters and a red button on either side for the selection of M1 and M2 modes.  There’s a heads-up display with M-specific features as well that projects into the driver’s line of sight.

Looks, Goes, and Sounds like an M, got it.  When can we drive them?

While pricing and standard specification for the local market are still to be confirmed, the BMW X3 M, X4 M, X3 M Competition, and X4 M Competition will be available from the 3rd quarter of 2019 – add that one to the list of exciting cars launching in SA this year!