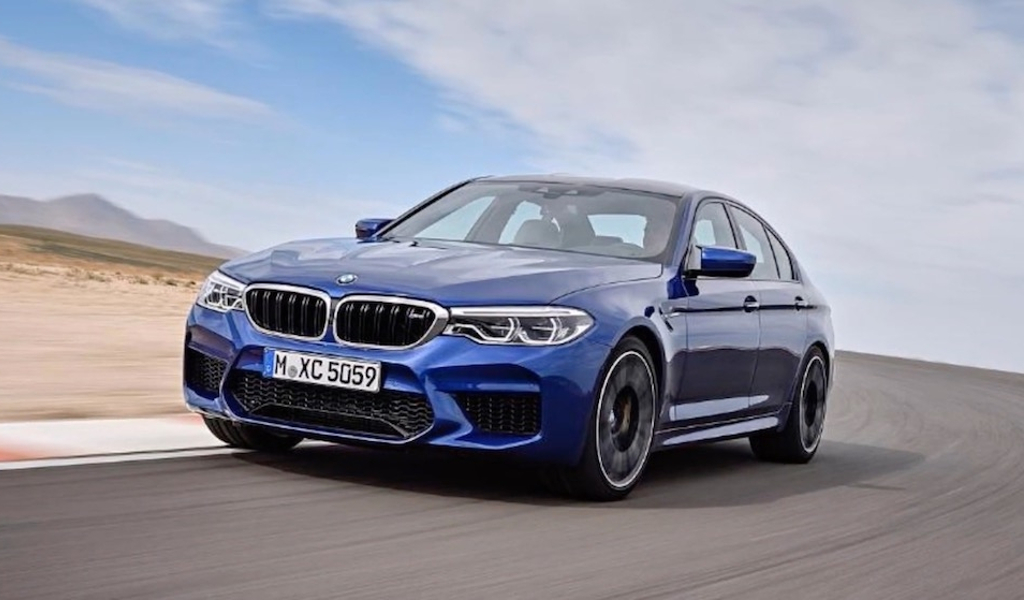 It’s due to be unveiled today in full, but yesterday, a video surfaced on the RETURN YouTube channel with what appear to be official images of the F90 BMW M5 – the first ever M5 to boast xDrive AWD.

The F90 M5 appears to gain all the expected exterior M-division visual tweaks, including flared front fenders, aggressive front and rear splitters, quad tailpipes, and signature M5 fender-badging.  The leaked video also displays a shot of the engine bay, showing a carbon-fibre engine cover believed to house an updated version of BMW’s 4.4-litre N63 twin-turbo V8 from the current M5, with outputs expected to at least match the current 441kW and 700Nm of the M5 Pure Metal Edition.

Power goes to all 4 wheels via what is expected to be an updated M-DCT dual-clutch transmission and BMW’s new M xDrive system developed specifically for the F90 BMW M5.

Expect liberal inclusion of carbon fibre in the F90 BMW M5’s construction including a carbon fibre boot lib, roof, and possibly bonnet.  With the BMW M3/M4 losing their CFRP driveshaft, it’s likely the M5 won’t feature one either.

The full reveal happens later today, and we’ll update you with more details as they arrive.