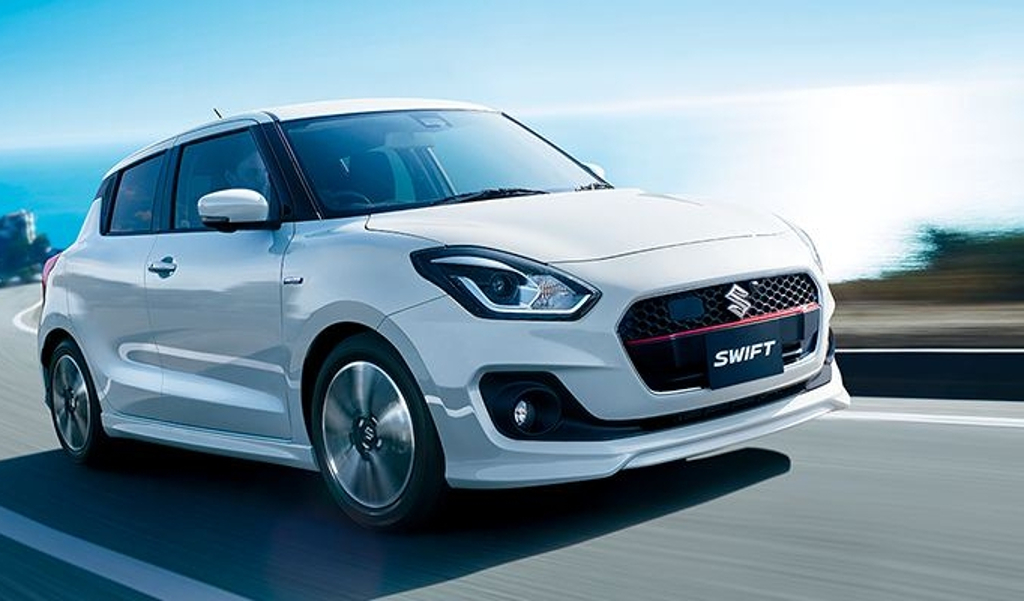 December 27, 2016 – Japan – the date and place Suzuki revealed the all-new 2017 Suzuki Swift.  Another new variant of yet another small hatchback – but the current generation Suzuki Swift has left us impressed time and time again, despite its age – so this new one should be something special, right?

More so because the Suzuki Swift is the Japanese brand’s key model in many a market, having sold more than 5.3-million units globally since 2004.  It’s built a bit of a cult following – idolised by some for its unique styling, and adored by others for the joyful way in which it combines simplicity and outright driving talent.  You can put us in that second group.  So what’s new for 2017?

Well, first off, despite this being the 2017 Suzuki Swift, we won’t see it for some time.  This particular version is the Japanese spec 2017 Suzuki Swift – set to go on sale there as of January 4th 2017.  The European version (the model we’ll get) will only be fully unveiled at the Geneva Motor Show in March 2017, with global sales expected in November.  Sadly that means we may not see it until early 2018…

But enough of the depressive stuff… what’s new for 2017?  Everything, really.  The 2017 Suzuki Swift has been built from the ground up on a new ‘Heartect’ platform.  It’s a platform shared with the recently released Suzuki Baleno – important because of the incredibly lightweight construction.

The current Suzuki Swift was no heavyweight, but the new one is even lighter thanks to the new platform.  The lightest of the Japanese spec models weighs in at 930kg in FWD, manual trim – shedding 100kg from the current generation’s mass.  After driving the Baleno, and knowing that the 2017 Suzuki Swift will focus on being a driver’s car, we’re certain the handling dynamics that endeared us to the current model will only be improved with the new one.

10mm shorter in length and height than the current Swift, the 2017 Suzuki Swift’s wheelbase has been increased 20mm to 2450mm.  The difference isn’t much, but Suzuki has repackaged the Swift to improve passenger legroom and storage space.  Boot space has increased from 210- to 265-litres with the rear seats up, and from 533- to 579-litres with the back seats dropped.

The 2017 Suzuki Swift will also only be available in 5-door configuration – although the rear door handles have been integrated into a partially blacked out C-pillar to aid the floating roof visual effect.

As far as engines go, the Japan-spec 2017 Suzuki Swift gets 2 engine variants in several drivetrain configurations.  A 1.2-litre 4-cylinder petrol engine (67kW 118Nm) does duty as a standalone engine and as part of a mild hybrid system, both available in FWD or 4WD, with either a 5-speed manual or CVT gearbox.  The only other engine option is a 1.0-litre 3-cylinder BoosterJet turbo engine with 75kW and 150Nm, driving the front wheels only through a new 6-speed automatic transmission.

Locally, we can expect to give the hybrid a miss, receiving only the standalone naturally aspirated 1.2 motor.  At this stage it’s not guaranteed we’ll get the BoosterJet equipped model either – as Suzuki Japan requires a solid business case to warrant sending them our way.  As much as the 1.4-litre NA engine found in the current Suzuki Swift is frugal and reliable, the turbocharged torque would be a massive step up for Suzuki.

The interior of the current Suzuki Swift was perhaps its biggest downfall.  Long in the tooth with hard plastics and archaic infotainment, it hardly stood up to the spate of soft-touch dashes and touch screen infotainment systems found in competitor vehicles.

The 2017 Suzuki Swift has upped the ante somewhat – and whilst it would appear from the photos that there are still hard plastics, the refreshed dash design looks as if it will be able to be customised with coloured inserts to go along with a new colour touch screen infotainment system – complete with Android Auto and Apple CarPlay.  A new instrument cluster also features a colour TFT display like the Baleno.

Many of us will be buying the regular Swift, but perhaps the model that has everyone most excited is the 2017 Suzuki Swift Sport.  Sadly this hasn’t yet been revealed with the Japan-spec Swift – and it’s optimistic to think it’ll be revealed at Geneva in March.

However we do know a few things about the 2017 Suzuki Swift Sport.  First off, it’s going turbo.  The Swift Sport is expected to feature a 1.4-litre turbocharged Boosterjet engine with outputs of 110kW @ 5500rpm and 220Nm from 1500-4000rpm.  This is the same engine available in the European-spec Vitara S.  Drive will be through the front wheels, with a 6-speed manual gearbox expected to remain.

Not only will it be turbocharged, but expect it to be a little more hardcore than the current model thanks to the sportier focus of the 2017 Suzuki Swift in general.

Styling is expected to be pumped up just like the current Swift Sport – with dual tailpipes par for the course.  Considering the aggressive styling seen on the Jap-spec models, it’s fair to say the 2017 Suzuki Swift Sport will look more aggressive than its 110kW outputs suggest it may perform.

Watch our video review of the Suzuki Swift Sport HERE

After many leaks along the way, we finally have our first look at the 2017 Suzuki Swift.  It looks good, and the upgrades will be welcome, as long as the spirit of the current model remains untouched.  At this stage our only concern is the long wait before it reaches our market, and the trepidation that we may not receive the Boosterjet engines.