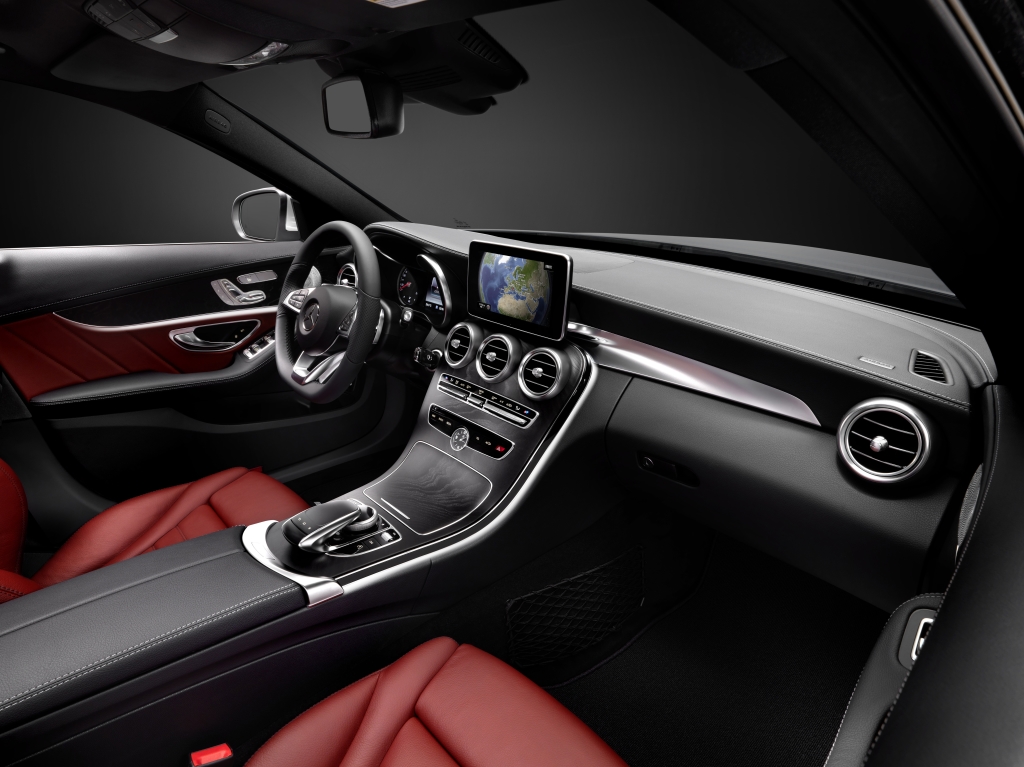 With the current W204 C Class looking and feeling a bit old in its lifespan, the time has come for the leaks and details of the all new W205 Mercedes-Benz C Class, due for release in 2014, have started to appear.  Just yesterday Mercedes released photos and details of the body technology and interior design of the new sedan, highlighting an entirely new interior look and a host of new technologies.

The new design is clean, with focus on comfortable ergonomics and ease of use.  While the seemingly afterthought screen in the centre a-la A Class doesn’t tickle our fancy, the rest of the design looks superb, dare we say class leading?

New features include a touch-pad control system for COMAND, a 6.5cm x 4.5cm area with touch sensitive controls, haptic feedback, and handwriting recognition for inputs into the system as opposed to the standard dial-type input methods.  The new C Class also features voice recognition, as well as noise outputs to prevent the driver looking away from the road and to the screen whilst driving.  The touch pad has been designed in such a way that both the driver and passenger can use it comfortably and easily.
Additional features include a new heads up display which projects on to the windscreen key information such as speed alerts, navigation directions and warning symbols, much like the system seen in the F30 BMW 3 Series.  The goal is to keep the driver’s eyes on the road at all times to increase safety.

Comfort for the new C Class is said to be on a new level entirely thanks to newly designed suspension components, such as a newly designed 4-link front axle.  The C Class comes standard with steel suspension, but available as extra will be AIRMATIC air suspension with electronically controlled, variable damping.

Safety is at an all time high with Mercedes-Benz’ Intelligent Drive systems, including a host of new radar systems, both long and short range to help detect possible collisions, as well as brake for them if need be.  Child safety has also been improved with new seats that automatically detect all child seats and disable the airbags for that seat.

Additional features include AIR-BALANCE active fragrancing and ionisation, brought down from the new S Class which provides cleaner air with four possible fragrances.  An all new climate-control feature uses GPS satellites to detect upcoming tunnels, which allows the C Class to automatically close the air-recirculation flap to prevent fume-filled air re-entering the cabin.

Perhaps the greatest advancement of the new C Class comes in a new body construction, which sheds 70Kg over its predecessor on the chassis alone.  This is through the use of 39% more aluminium, 5% more hot-formed steel parts, and 1% more ultra-high strength steels.  Overall weight reduction of the C Class should be in the range of 100Kg over the previous generation, resulting in improved fuel consumption by up to 20%.

The W205 C Class is due for launch next year.