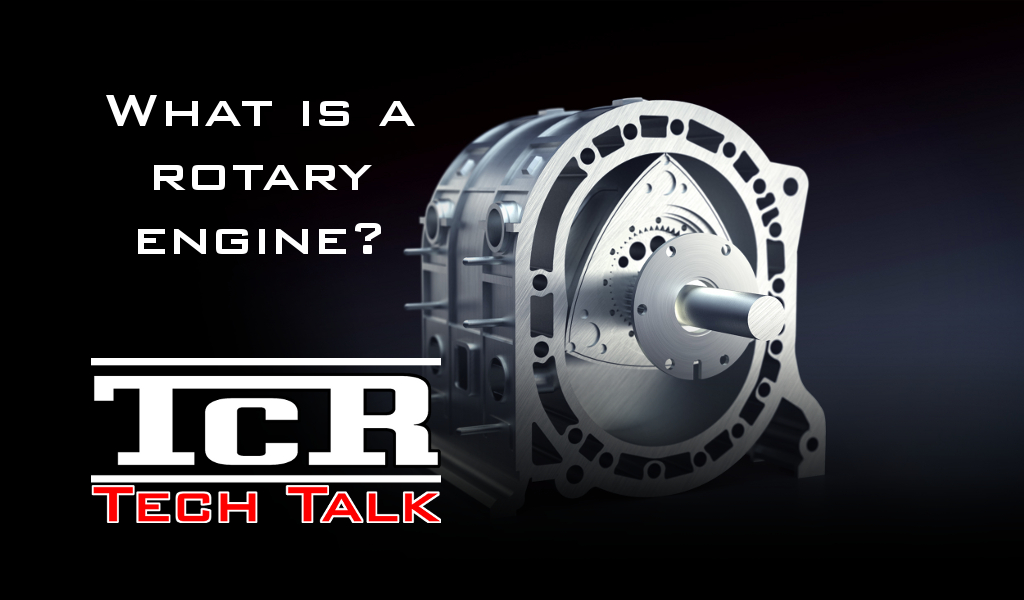 Rotary fanatics crawl out of the woodworks whenever the mere mention of a new Mazda RX model, crying for the day the rotary engine sees a new production model.  But those who aren’t rotary-nuts often don’t even know what a rotary engine is, let alone what the big deal is.  So, what is a rotary engine?

What is a rotary engine?

A rotary engine, the common term for the ‘Wankel engine’ is a pistonless internal combustion engine designed by Felix Wankel in the 1920s.  This engine type is known for its compact nature, high RPM, high power-to-weight ratio, and its relative simplicity in comparison to a regular reciprocating piston engine.  It has been used in a variety of cars and motorbikes, but is most famously found in Mazda’s RX series sports cars, the last of which was the Mazda RX8.

It is unique in the fact that it does not feature valves, pistons, or conrods.

How does a rotary engine work?

The design of a rotary engine is a highly unique one, featuring very few moving parts, and only one cylinder as opposed to conventional piston engines.  The engine follows a typical four-stroke combustion process, the stages of which occur in the space created between a 3 sided triangle-like ‘rotor’ with curved sides and the oval-like surrounding chamber.  At the centre of the rotor is a central drive shaft.

The rotor, driven by the combustion process, rotates around the central drive shaft in an orbital manner – which can be seen in the diagram below.  The important feature is not to look at how the rotor itself is moving, but the spaces created between it and the sidewall of the engine.

What are the advantages of a rotary engine setup?

As the rotary engine is driven in a rotational manner, it doesn’t take strain in having to slow a piston down in order to reciprocate its motion.  As such, and due to the momentum of its rotational nature, the rotary engine is capable of incredibly high revolutions per minute (RPM), with 8000rpm redlines a frequent occurrence on road cars, and race cars seeing figures north of 10 000rpm.

The rotary engine also benefits from an incredibly smooth power delivery, and the ability to generate high power from low engine capacities – the RX8’s 1.3-litre displacement was capable of outputs of higher than 170kW.  It does this due to its efficiency of one rotation of the rotor providing three rotations of the crankshaft, compared to two combustion strokes equalling one rotation of the crankshaft in a conventional piston engine.  As such, motor racing classifications place rotary-driven vehicles in classes up to twice their displacement, with some series banning the usage of these engines altogether.

Rotary engines are also known to very compact and lightweight for their power outputs, as they utilise far fewer parts than a conventional engine – approximately 1/3 of the amount of parts.

Another benefit to the rotary engine is its ability to operate on hydrogen as a fuel, albeit with reduced power outputs and higher noise levels.  Mazda performed extensive research on this with the RX8, even leasing out hydrogen-powered models to the public.  Rotary engines are also capable of using a wider ranger of octane-level fuels, including lower, without detrimental effects on the engine.

What are the disadvantages of rotary engines?

Although rotary engines are highly effective in many areas, they do have many downsides.  Despite their high power outputs and smooth delivery, they are not very torquey engines, and as such are required to be revved in order to gain much power.

Possibly one of the greatest disadvantages of the rotary engine is its high fuel and oil consumption.  Despite being classified as a 4-stroke engine, it operates in a manner similar to that of a 2-stroke engine; this results in excessive usage of oil, and poor fuel economy.

A frequent problem with rotary engines is the engine and oil seals failing.  These seals close off the engine by utilising centrifugal force, but are prone to perishing and lifting, resulting in oil leaks, and potential damage to the engine.  As such, rotary engines need to be overhauled more frequently, with rebuilds occurring less than every 100 000km.

Heritage of the rotary engine:

The rotary engine, for all its flaws, has developed a cult-like following over the years – largely developed through Mazda’s RX series sports cars.  However the Wankel rotary engine has also enjoyed its successes in motorsport.  In 1991, Mazda entered the 787B race car in the 24 hours of Le Mans, powered by a quad-rotor rotary engine, and became the first ever non-piston engine to win the race.

Characterised by a revvy nature, high outputs, and a unique engine note, the rotary engine’s notoriety and heritage provide unique bragging rights for Mazda, who have openly stated that the rotary engine is a part of their heritage that they will not let be forgotten.

Mazda developed a new derivative of the twin-rotor rotary engine in 2007, titled the 16X due to its 1.6-litre displacement.  This engine featured renewed proportions compared to the 13B that came before it, the addition of fuel injection, and lighter construction, with Mazda claiming better power delivery, more torque, better fuel efficiency, and better reliability.  This engine has yet to see a commercial use, but there are rumours of a new Mazda RX-model due for release before 2020 that will hopefully receive the new unit.

The rotary engine is one that is full of character.  It is debatable whether its flaws are outweighed by its benefits, but its uniqueness alone is cause for it to be remembered.  Those who have driven cars powered by them have generally fallen in love with their noise and nature, but ownership can be a strenuous business, requiring frequent maintenance, careful operation and a high budget for fuel and oil.

It’s an engine that polarises opinion, but the revival of it in production guise will be celebrated by its cult-followers, the ‘rotor-heads’.