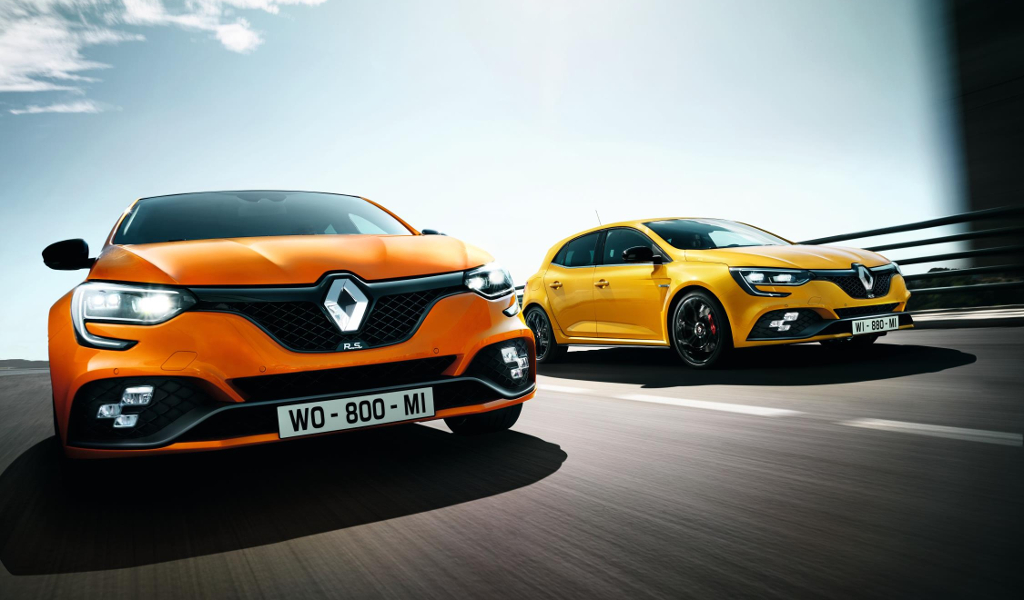 The new Renault Megane has been revealed – sporting all-wheel steering, a new 1.8-litre turbocharged 4 cylinder engine available in two outputs, and for the first time on the Megane RS, a dual-clutch automatic gearbox as an option.  But until such time as the 221kW, 400Nm RS Trophy arrives, the Megane RS280 will be the first of the two variants to be released.  Renault has now revealed performance figures for the Megane RS280.

The Megane RS280 is powered by a 1.8-liter turbo-petrol engine developing 205kW and 390Nm.  It channels this to the front wheels via the choice of either a 6-speed manual transmission or a 6-speed dual clutch automatic.  Renault Sport has revealed that regardless of which gearbox you choose, the Megane RS280 will complete the 0-100km/h sprint in 5.8 seconds.  That makes it just 0.1 seconds quicker to the 100km/h mark than the final iteration of the previous generation, the RS275.  The standing kilometre takes a claimed 25 seconds for both transmissions too – giving neither an outright advantage as far as the numbers suggest.

Renault South Africa has confirmed that the 2018 Renault Megane RS will be launched locally around the mid-2018 mark, with final pricing and specification to be decided closer to the time.

For more information and all the details on the 2018 Renault Megane RS, click HERE.