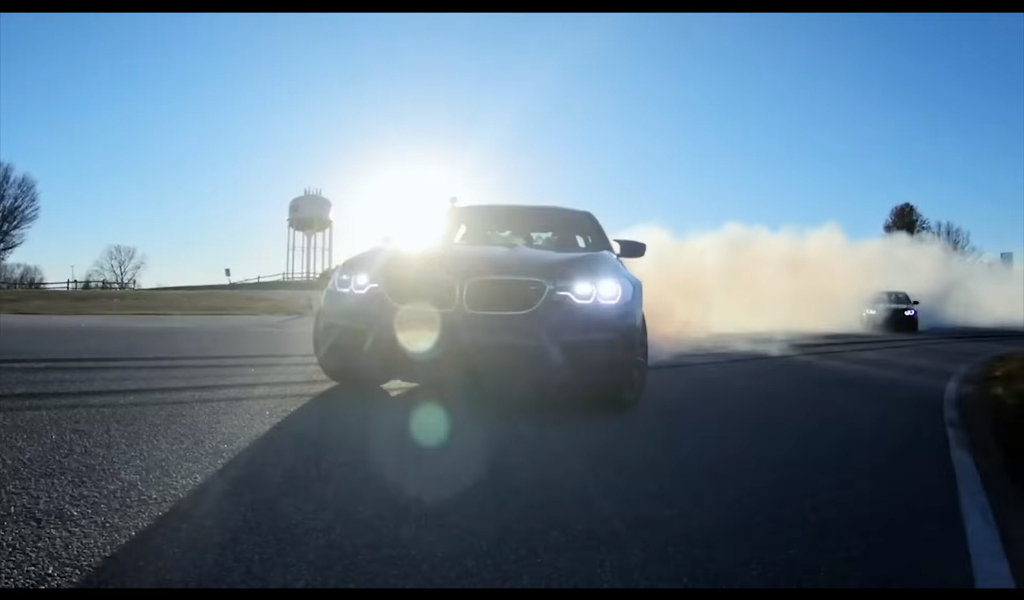 BMW M fans will no doubt have fond memories of BMW holding and breaking several records for the world’s longest continuous drift.  Of course that was put to an end when Toyota pinched the record, and last year a South African journalist by the name of Jesse Adams set a new record in a Toyota 86 when he drifted for 165km in just under 6 hours.  But the new, all-wheel drive BMW M5 has just gone and smashed that record, by drifting for nearly 8 hours and covering 374.17km!

At the helm of the BMW M5, Johan Schwartz was the man who had to concentrate for the 8hr stint.  Admittedly he is fairly au fait with the M5, as he is a BMW M Performance driving instructor.  This isn’t new territory for Schwartz though, as he previously held the record in 2013 when he drifted an M5 for 82.52km.

Of course on a dry surface a vehicle would never be able to drift for as long as Schwartz did, and to that end Guinness allows for the drift to be performed on a wet surface.  The BMW Performance Centre in Greer, South Carolina provided the perfect place for the record attempt.

But there were other issues that needed to be overcome – such as fuel consumption.  Run out of fuel and the drift stops.  Usually, these drift-record attempt vehicles are modified to include larger fuel tanks, typically occupying the boot or back seat space – though previously refuelling stops have also been permitted.  However BMW sought to continue the drift without stopping, and instead pulled off one of the craziest stunts around.  Like fighter jets refuelling mid-flight, BMW refuelled the M5 mid-drift!

Detroit Speed helped them fabricate a custom dry break fuel system that could enable refuelling mid-drift – allowing Schwartz to continue his drift uninterrupted for nearly 8 hours.  Schwartz said of the matter, “We knew going-in that if we were going to recapture the world record for longest sustained drift and set the bar as high as possible, we would need to find a way to keep the M5 going without stopping to refuel.  In the end, the refuelling system worked flawlessly and the M5 performed as expected. It was a big win all around.”

Though the drift record can’t solely be attributed to Schwartz as the refuelling required another vehicle, another driver, and someone to operate the refuelling system.  Five times throughout the 8 hour effort, a previous generation F10 BMW M5 entered the skid pad, driven by BMW Performance Centre Chief Driving Instructor, Matt Mullins.  Mullins then had to match Schwartz’s drift, while Matt Butts of Detroit speed – tethered via a safety harness – dangled from the F10’s rear window to insert the fuel nozzle and refuel Schwartz’s M5.

Though the refuelling had been practised several times ahead of the record attempt, the margin for error was tiny – one wrong move and Matt Butts would be sandwiched between two drifting M5s.

However once the 8 hour, 274km drift record had been established, BMW attempted a second record on the same day for the longest twin vehicle drift (water assisted).  Schwartz and Mullins managed a twin drift lasting 1 hour, and covered 79.26 kilometres in the process to set the new record.

With a pair of new Guinness World Records under their belt, the team from BMW has demonstrated that although it might have all-wheel drive, the new F90 BMW M5 can still drift better than all the rest.