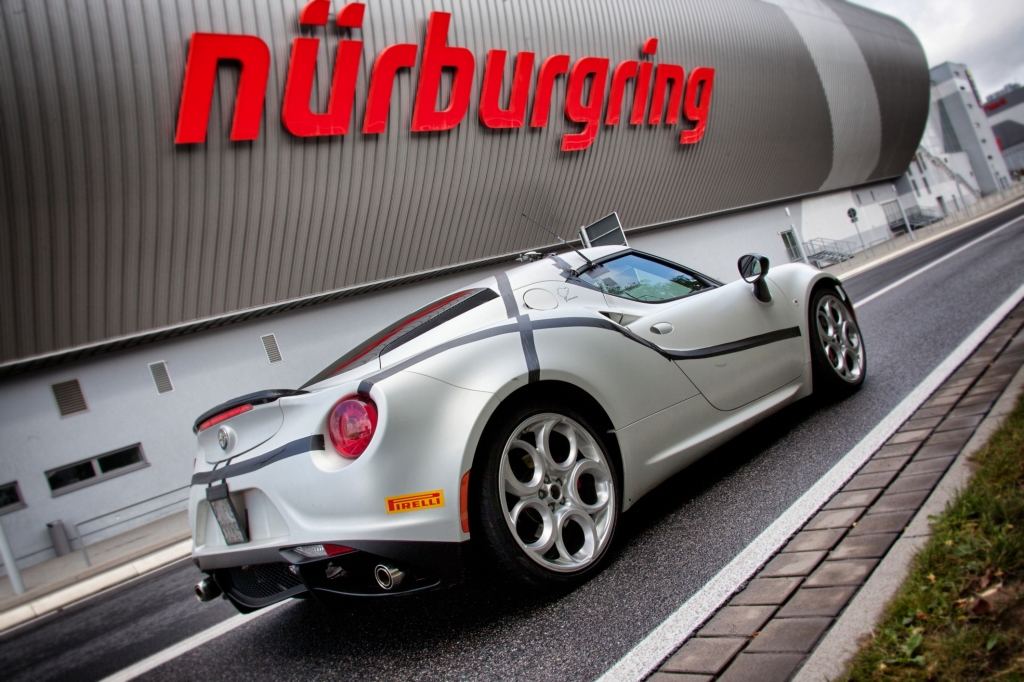 The Alfa Romeo 4C is making waves as we await its local launch here in South Africa.  But while we wait, it’s been going about its business rather well, including taking on the Nurburgring to set a record for cars under 250Hp (184kW) with the help of some duct tape.

To put things into context for you, the Bugatti EB 110 SS runs an 8min 01secs, the Nissan Skyline R33 GT-R an 8min 02secs and the Lamborghini Gallardo Spyder an 8min 1secs.

Need a little more perspective? The 4C is the second fastest 4-cylinder road legal car around the ‘ring, only beaten by the Caterham R500 Superlight with a time of 7:55.

Due to arrive here early next year, the 4C could be just the thing Alfa Romeo need to send them to the top of their game.