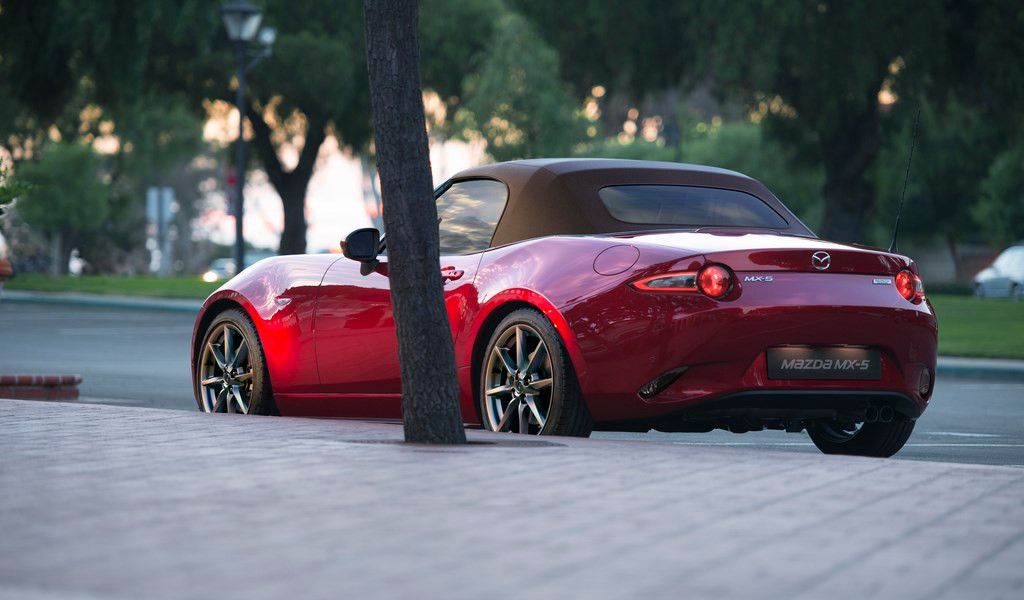 Mazda has today unveiled the updated MX-5 sports car ahead of the 2019 model year, with the biggest update being something Mazda MX-5 fans have been begging for – more power!  The updates apply to both the soft-top roadster and hard-top convertible RF models.

The 2.0-litre SKYACTIV-G petrol engine has been tuned and refined for higher levels of performance, better economy and emissions, and acoustic improvements – the latter being a previous weak point of an all-round impressive driving experience.  The changes to the Mazda MX-5’s engine now make it Euro 6d compliant, as well as compliant with the new WLTP/RDE driving tests that are set to replace NEDC economy tests.

But the update that will appease fans most is that the 2.0-litre 4-pot now revs higher – from 6800r/min to 7500r/min, generating more power in the process.  Power outputs have increased from 118kW to 135kW @ 7000r/min, whilst torque takes a 5Nm bump from 200Nm to 205Nm.  Acoustic tuning has improved the sound of the engine and exhaust note, whilst acceleration and responsiveness has also allegedly been improved – though no figures have been supplied to confirm this.

Other improvements to the Mazda MX-5 include increased safety features, including 5 new additions to the i-ACTIVSENSE safety suite.  Autonomous forward braking, reverse brake assist, driver attention alert, traffic sign recognition, and a reverse camera have all been added to improve the MX-5’s offering.